The Love of a Woman

Thursday , 12, June 2014 Woody Kimmie - Through the Pain, Life Comments Off on The Love of a Woman

I had always been a rather gangly kid growing up. I never really had much rhythm or coordination which made proms or social dances quite the wash-out for me. Having two left feet also made it hard to find a date on Saturday nights. If you didn’t know how to dance, how much fun could you possibly be?

Through the years, I developed my coordination. I played football, soccer, little league baseball and eventually earned my black-belt in martial arts. Yep, I certainly gained some better mobility as I grew older. I was also involved, very much so, in music. I learned to play guitar and was even able to tickle the ivories on a piano by ear! I never really read the music so much as I actually just felt the songs with my heart and transferred my feelings to the keyboard. Sadly, I was still unable to woo the ladies on the dance floor.

Over the years I met a few women that could tolerate me, kind of understood my inadequacies and I eventually married them. Yes, I did say “them.” For reasons still unknown to me, I just couldn’t seem to make things last. Don’t get me wrong, I seriously thought I was in Love and honestly wanted things to last forever but, again, it just never worked out that way. 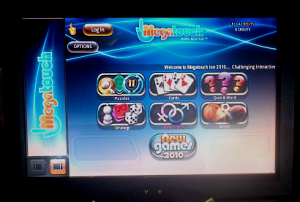 The night I met Kimmie, I was out with friends. Strangely, I had been praying. I was becoming extremely tired of the loneliness and asked God if he might find it in his heart to send me an Angel. Just after amen, my friend tapped my shoulder and pointed to a woman at the end of the bar sitting in front of a video game sipping on a glass of water.

He hair was long, thick and blonde. She had fair skin and her eyes were bluer than the deepest skies I had ever imagined. The glow from the video gave gave her the appearance I was looking for… it was my Angel! I just knew, at that very moment, this was my destiny!

For months I haunted her. Constantly asking her to go out with me, let me buy her dinner or at least take a stab at becoming my next ex-wife. Each time, she refused me. She seemed completely uninterested and didn’t want anything to do with me. My heart was truly breaking.

What seemed like fate eventually kicked in. She was losing her apartment, didn’t have a lot of money and needed somewhere to stay. Lucky for me, I just happened to have two empty rooms with a personal bath. No down-payment or security deposit required and she could move in immediately! Reluctantly, she accepted my offer.

After helping her to move in I asked her out to dinner. After all, we were both pretty tired and there was absolutely no food in the house. She agreed and off we went. We ate, drank a few beers and talked for hours. I think she was beginning to see I was not the man she knew from the bar. I do believe God was nudging her a little more in my direction.

Over the years I really got to know this woman and she eventually let me in her heart. I heard all of her stories and trials throughout her life. I was so happy! She finally trusted me and confided in me all that no one else had ever known. I had become her sounding board and best friend all at the same time! Thank you my Angels for sending me such a beautiful and astounding woman!

Kimmie was an amazing person… the things we accomplished over the years were far above and beyond what I ever thought possible. While money was always an issue, she consistently found a way to get what we needed and achieve our goals at little to no costs at all. Her brilliance never ceased to flabbergast me!

She always seemed to be taking care of me. “Well,” she would say, “nobody else is going to do it!” I knew she Loved me as no other woman had touched my soul the way Kimmie did. For me, I knew I had found it! This was the Love I had been seeking all my life! I knew I would treasure and adore this woman for as long as my heart was still beating.

One night, after finishing yet another task she had created, we decided to go out for a few drinks. She was, surprisingly, very proud of me tonight. I guess I had done a good job and she wanted me to know how pleased she was. There were many other people at the bar and the music was blaring in the background as we tried to talk. Getting frustrated by the lack of quality in the choice of songs others were playing she grabbed some dollars from her purse and slipped them in the music machine and selected her songs. 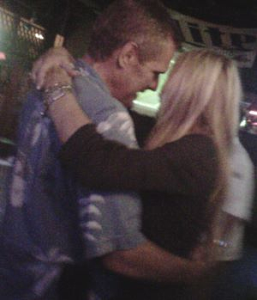 When she was through, she walked slowly back to me. She then took my hand in hers and led me to the middle of the bar where no one else was standing. She wrapped her arms around my shoulders and began to dance! Oh no! …I thought, what was I to do?!

It was so strange. I suddenly found myself dancing and actually wanting another. She accommodated me and we proceeded to dance to another four or five songs!  The feeling I had inside was complete and total serenity. I had never in my life felt so at ease and so in Love!

My Love for this woman had forced my hand! I knew, at that very moment, there was nothing I wouldn’t do to satisfy whatever her wishes were. I had finally found, my one True Love!

She’s gone now, and I miss her so much! She has passed to the next plain and I will forever miss her. Our dance together will remain etched in my heart for the rest of my days.

Its amazing what one man will do, over and above what he feels he can,  for The Love of a Woman!

Here is a recent song from Lee Brice which expresses exactly how I felt about this woman and how I, sadly, may never feel again.